Because each person’s situation is unique, no two patients will have the exact same treatment plan. At European Denture Center, our approach is to offer the benefits of implant-supported appliances to everyone and allow them to decide if implants are right for them.

We find that patients who are tired of settling for removable dentures want to know that there are better solutions to replace their missing teeth. Getting dental implants doesn’t have to be an all-or-nothing choice.

European Denture Center also offers graduated plans that allow patients to have a few implants placed at a time to improve their comfort while continuing to save for their ideal implant treatment.

Let’s take a closer look at what some of our clients have said about how getting dentures changed their lives in these implant-supported denture reviews.

“I can’t believe it! My new dentures stay in place with implants and not Poligrip. I wish I knew about this 10 years ago.” – Michael M.

Michael was a skeptical patient. He didn’t believe that implants could change his life. We removed his teeth and made his dentures in 2009. As part of our protocol, we always offer the very best options to all of our patients.

Like many patients, Michael said that money was an issue and “if insurance doesn’t help me pay for implants, I’m not getting them.” We hear that statement so often. But after nine years of wearing dentures, Michael came back to the clinic.

Together, we chose the all-on-4 system to secure his lower denture. It made such an impression on him that he came back shortly after finishing the process to have an implant-supported denture made for his upper arch.

Lesson learned –– people find a way to afford the things that are important to them. In Michael’s case, secure dentures were entwined with his livelihood.

“Henry has been so articulate about making sure I have the right fit and that they are comfortable. He is very good at explaining what I can expect to experience, and he has been so patient with me. I am very pleased with his professionalism and the very friendly staff. I highly recommend European Denture Center to anyone having issues.” – Peggy D.

Many people have been without natural teeth for so long that their lower denture no longer rests securely against their gums. Instead, it floats as they talk and chew. Peggy was one of these women.

She had worn dentures since her early 20s and was now in her late 60s. She really didn’t have much lower jawbone remaining and what she did have was knife-edged. She relied on soft liners to make her denture tolerable.

She was able to have some bone grafting to increase the bone width in selected areas. Then five mini dental implants were used to hold a new implant-supported lower denture in place. Talk about a difference. Because her denture doesn’t float, she’s no longer in a cycle of replacing soft relines every few months.

A Review from Martha A.

Martha came to us with dental implants already in place after she had lost most of her teeth in a terrible car accident. When she presented, she was wearing implant-supported dentures that were totally worn out.

She was interested in eliminating her dentures altogether. On the upper arch, she had plenty of bone to add additional implants in the posterior to bring the total number of implants to eight. Then she got fixed bridgework.

On the lower arch, she didn’t have as much bone to work with. One additional implant was added for a total of five. We fabricated a custom screw-retained Zirconia bridge to replace her lower denture. Now she’s chewing with teeth that are as good as her own.

“They were able to see me and fix my partial right away. It really got me out of a jam! I can’t say enough good things about everyone at European Denture. They really know how to help people in crisis.” – Mark C.

Mark had lost two of his upper left premolars a few years back and was wearing a flipper removable partial denture when he first came to us. His reason for coming in was the partial had broken.

It turns out that the partial had been immediately placed after the two teeth were removed and the gums had shrunk. He heard there were other treatment solutions besides a partial and wanted to know what could be done.

Mark elected to have two single-tooth implants and crowns so that he wouldn’t have to wear the partial. We were able to repair his old partial to get him through and help him transition from a removable appliance to permanent restorations supported by implants.

Acknowledgment from Aaron A.

“Before I came to European Denture Center, my dentures stayed in my shirt pocket more than in my mouth. Dr. Heemeyer found a way to lock my dentures in place. Now my family isn’t ashamed to be seen with me.” – Aaron A.

Aaron hated his lower denture –– so much so that he would lose one almost every year. Aaron’s wife complained that he never looked like his old self with lower dentures but looked even worse with no lower teeth at all.

She was clearly embarrassed to be seen with him in public without his lower dentures. Due to Aaron’s history of losing dentures and finances, the denturist recommended denture stabilization with two implants in the lower arch.

After healing and getting new dentures that snap into place for security, Aaron wears his denture. Now he is saving up to have more implants placed. His eventual plan is to have a fixed restoration to replace all of his missing teeth.

A Review from Amy S.

“They are awesome! What a difference!” – Amy S.

Amy is in her mid-20s. Two of her permanent teeth never formed, and she has worn a partial denture since she was a pre-teen. While the partial helped to keep her teeth from shifting, it really didn’t give her a smile she deserved.

Amy had enough issues with wearing partials over the years that she couldn’t see herself putting up with a removable appliance for the rest of her life. She chose to have the missing teeth replaced with two implants.

At the same time, we made her a flexible transitional partial and modified it as needed during the healing process to prevent Amy from ever being without her teeth. Then, the implants were uncovered and restored with Zirconia crowns. Now Amy has the smile that she has always dreamed of, and she no longer has to remove her teeth to clean them.

“The denturist is really a master craftsman who wants you to be happy. I’ve been to other clinics where I was rushed out of the office. I never felt like I was rushed by anyone. Everyone that I worked with from the front office to the assistant was top notch.” – Joan E.

Joan had worn full dentures for over 40 years. She had a friend that told her about European Denture Center and dental implants. We evaluated her for implant-supported dentures.

Unfortunately, a thorough examination and review of her health history revealed that she wasn’t a good candidate for dental implant surgery. We made her a new set of complete dentures instead using CAD/CAM technology.

She was very impressed with how well the new dentures fit upon completion. Sometimes the best treatment is dentures that really fit well. 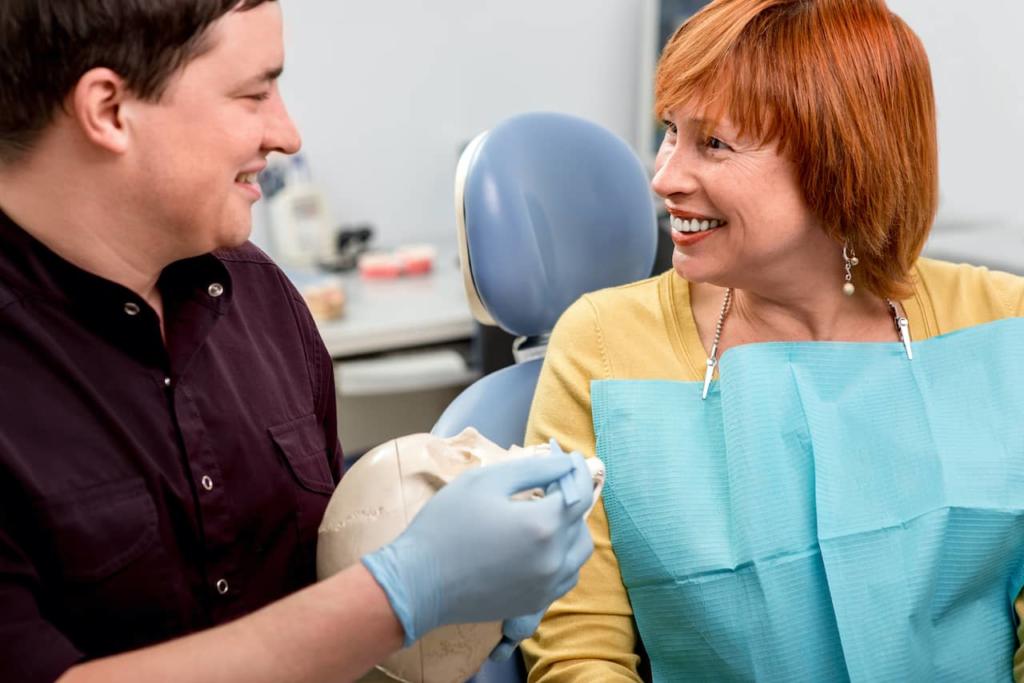 Implant-supported denture reviews can make us see that we are not suffering alone. Many people put up with sub-par treatment that they’re not happy with because they don’t know better options exist, such as implant-supported restorations.

European Denture Center’s caring professionals listen to your concerns and want you to have the best treatment to address your dental needs, wants, and desires. Why deal with loose dentures when dental implants can restore function and self-confidence?

The next step to greater denture comfort is a call or click away! 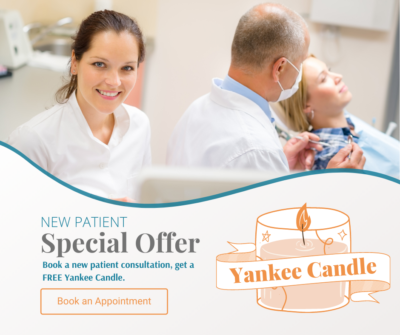 European Denture Center provides high-quality, affordable, personalized and comfortable dentures and partials. Our dentures and implants are customized to match your needs and budget.

Give us a call at: